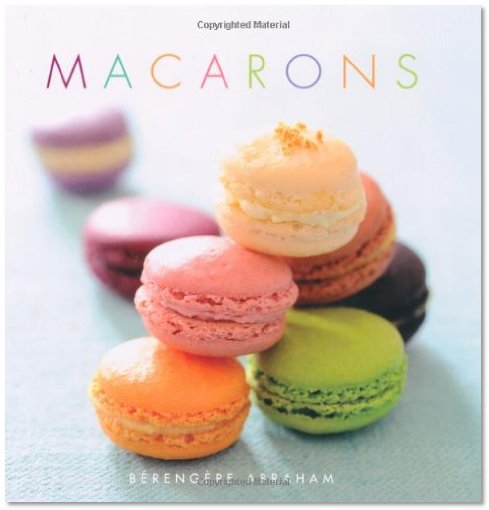 Macarons. Truly an example of “Don’t try this at home.”

But how I longed to recreate the taste and the crunch of the macarons I greedily ate as often as I could, when I passed that fairy-tale bakery on the Rue de Rivoli, close to the Hotel de Ville metro stop: Maison Georges Larnicol.

Although they’re kissing cousins of a sorts, modern French macarons don’t much resemble American macaroons. The extra “O” has nothing to do with it.

Macarons likely originated in Italy during the Renaissance. The word “macaron” stems from the Italian macherone and Venetian macarone, meaning “paste.” Macaroni also comes from the same root word, but that’s another story altogether. The Larousse Gastronomique suggests that, au contraire, monks near Cormery in the Loire region of France made these delicate tidbits as early as 491.

No matter their origins, meringue forms the basis for these small cookie-like confections. Superior macarons require crisp exteriors, resulting in a satisfying crunch when bitten, leading to the softer centers snuggling up to creamy, flavorful fillings.

The best-known macarons come from Paris, where they took off in popularity under Pierre Desfontaines at his famous Parisian patisserie, Ladurée. Next in line are macarons from Nancy in eastern France, where 17th-century Carmelites, Les Soeurs Macarons (the Macaron Sisters), fabricated them. But then, around 2001, Pierre Hermé’s seductive macaron of hazelnut and white truffle kicked off a flavor-quest frenzy among macaron makers. Tradition gave way to amazing innovations.

Previously published in France in 2009, Bérengère Abraham’s small book, Macarons, proves the truth of the old adage: a picture is worth a thousand words. The skillful photographic lens of Marie-José Jarry performs miracles here. Only 64 pages long, the book bursts with such delectable photographs that you might have a hard time accepting the fact that you cannot actually eat what you see.

Anyone who’s recently walked into an upscale bakery anywhere in the world knows that macarons now come in about a zillion different flavors, or parfums, as the French say. Abraham provides 28 scintillating recipes, with many traditional flavors—vanilla, chocolate, coffee, and raspberry. But it’s her innovative flavors—Carrot and Walnut, Kiwi and Banana, Pineapple and Szechuan Pepper, and Rhubarb and Red Currant—that make this book a stand out among the macaron books crowding publishers’ catalogs.

Ms. Abraham promotes the French meringue technique, egg whites simply beaten with sugar. The resulting meringue is not as stable as Italian meringue, where the cook pours a stream of sugar syrup over beaten egg whites and continues beating until the whites shine like unsullied snow. A series of small photographs at the beginning of the book illustrates the basic mixing method for all of the 28 recipes. The author recommends “ageing,” or separating the egg whites from the yolks and refrigerating the whites for 24 hours prior to starting any of the recipes. She says, “With a little care and attention you too can make your favorites at home.”

What she doesn’t say is this: Trying to make macarons is a humbling experience. Even famed pastry chef David Lebovitz needed seven tries before he got his chocolate macaron recipe down pat. And Hisako Ogita, in her I ♥Macarons (2006), states frankly, “When you start making macarons, you might fail several times, but don’t give up!” The major stumbling block to successful macarons is the tant-pour-tant (almond and powdered sugar mixture) and its proper incorporation into the meringue (macronnage).

The recipe for “Rose Macaroon” worked reasonably well, especially the white chocolate ganache filling perfumed with rosewater. You might have a hard time keeping your fingers from sneaking tiny tastes, though.

One big problem with the book is the “macaroon” typo that looms throughout the book, even though the title is Macarons. A macaron is not a macaroon. Although no index finishes up the book, the Table of Contents lists all the recipes, making it fairly easy for you to find a specific recipe. The only other thing that might throw you into a hair-pulling fit lies with the lack of specification about the size of the pastry tube for piping the mixture onto parchment-lined baking sheets. (It should measure 3/8–½ inch across.)

As with much in cuisine, practice makes perfect when it comes to macarons. Bérengère Abraham’s Macarons provides the guidance; you supply the patience and elbow grease.